A bit rough around the edges, Rijeka is a vibrant, modern city and soon to be Cultural Capital of Europe, so come visit before the crowds wash away all of the authentic charm.

In 2020, Rijeka celebrates its prestigious European Capital of Culture status. Rijeka has always been a port that has embraced various influences coming across the sea from all corners of the world, thus the name of the programme “Port of Diversity”.


Influenced by the Mediterranean, Central European and Eastern European legacy, Rijeka has been part of as many as seven different countries over the past century of its development. A small-scale Europe of sorts, it has become a place of dynamic change, a symbol of libertarian spirit and progressive ideas, and an open city where everyone is always welcome.


Rijeka is a port city with a storied history, brimming with remnants of its glorious industrial past, turned into the city's culture hubs through joint efforts of artists, citizens and tourists. This year-long project will see Rijeka construct, restore and repurpose cultural buildings and facilities, offering more than 600 cultural, artistic and similar events that involve more than 250 cultural institutions and associations from Croatia and 40 other countries worldwide.


The European Capital of Culture is a title awarded since 1985 by the European Commission through a competition among the applicant cities, which must prove that they perceive culture as an important aspect of their development and transformation. Today, the European Capital of Culture is the EU's strongest cultural project, which is exceptionally successful in putting into practice the idea of its founders to promote cultural exchange, rather than just goods exchange, among member states, peoples, artists, fellow citizens and neighbours.


Rijeka has been awarded this prestigious title for 2020, and the citizens of Rijeka and Primorje-Gorski Kotar County have become ambassadors of Croatia before the European cultural audiences and visitors from all over the world. Rijeka is also the first Croatian city to have been designated as European Capital of Culture.


We invite you to visit Rijeka and experience one or more cultural events from a long list: Calendar.


Book your accommodation at the very heart of Rijeka. Hotel Bonavia Plava Laguna is only a short walk away from most sights and events in the European Capital of Culture.


Plava Laguna's loyalty programme members are entitled to an exclusive discount on the tickets for the Ivan Zajc theatre shows in 2020. Find out more.


Visit Rijeka and become a part of its cultural history!

The main Korzo runs parallel to the embankment Riva. A few baroque facades fade behind modern shops and cafes. Short walk to the west is the Main Bus Station, near the Capuchin Church on two levels. Train station is a bit more to the west. To the east, Korzo ends at the local bus station towards Opatija and the so called Dead Cannal, surrounded by a nice pedestrian area. If you want to check your fitness, run up the 538 steps of Stube Petra Kružića to Trsat or take the bus up and walk down.

A town full of history

Often looked over by holidaymakers, Rijeka has a fascinating history, great bars and restaurants and a kicking nightlife. As one of the few spots on the entire Croatian coast that does not really cater to tourists, Rijeka is the place to go out drinking and dining with the locals - thing that is about to change by the 2020 when it is destined to become Culture Capitol of Europe for a year and change forever. Founded by the Romans, then spruced up by the Habsburg in the 1400s, Rijeka fell under Hungarian control in the 1700s. Landlocke Magyars used it as their primary harbour, along with the Baroque buildings and sundry industries. First torpedo ever was built in Rijeka by Giovanni Biagio Luppis von Rammer (or just Ivan Vukić) a Croatian born officer of the Austro-Hungarian Navy.

Trsat Castle is worth visiting for the panoramic view alone, best enjoyed from the pleasant Gradina terrace cafe set beneath a mausoleum dedicated to a naval commander Laval Nugent who fought Napoleon and bought this fortress from the Frankopan family.

Only 5 minutes on foot from Gran Hotel Bonavia, you'll find a round Baroque cathedral built in 1638 based on the Venetian Santa Maria della Salute and raised on a spot of an older, smaller church famous for a wooden cross that bled after certain Petar Lončarić threw a stone at it, angry because of a gambling debt.

Dedicated to retro computing, this privately run museum is fun for kids and adults, as it displays still working ZX Spectrums, C64, some of the first gaming consoles and a lot of fun things to play with. Touching the exhibits is a must!

Filled with working men's konobas and simple, honest grub, Rijeka's gastro scene is just starting to come together, as more ambitious cooking happens up and down the coast in Opatija or Volosko, but there are a few worthy exceptions near the Korzo or atop panoramic Trsat. Depending on your choice, best talk to a member of the staff at Bonavia’s front desk for the latest gastro news and hot spots.

Recently opened in a refurbished tobacco warehouse and curated by Slaven Tolj, one of the leading Croatian modern artists, MCAM offers works by prominent young Croatian artists as well as community oriented projects. The story of the building is a curious one, as the architects were forced to redo the derelict warehouse in stages, due to the lack of funds which took them to Venice Biennale of Architecture.

Dubbed the City of Rock by the locals, Rijeka has a lively punk, rock and electronic music, partially due to famous bands from the 80s that originated from Rijeka (most of them are still alive and playing), and in part due to a special Rijeka mentality. Noteworthy clubs at the time of writing were: Život (Life); Crkva (Church) and a few others, but Palach is the first one and still a favored among the older rockers. 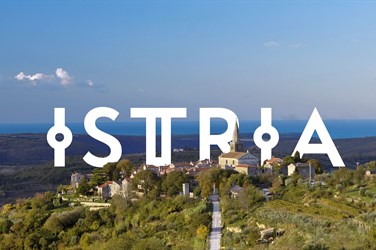 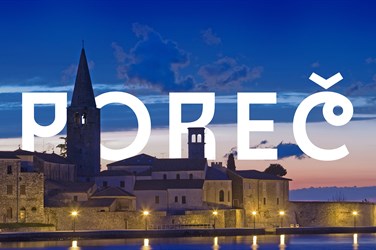 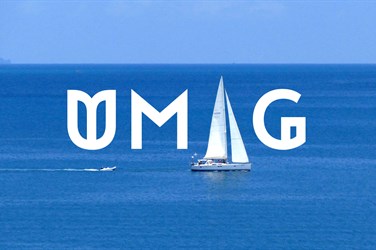